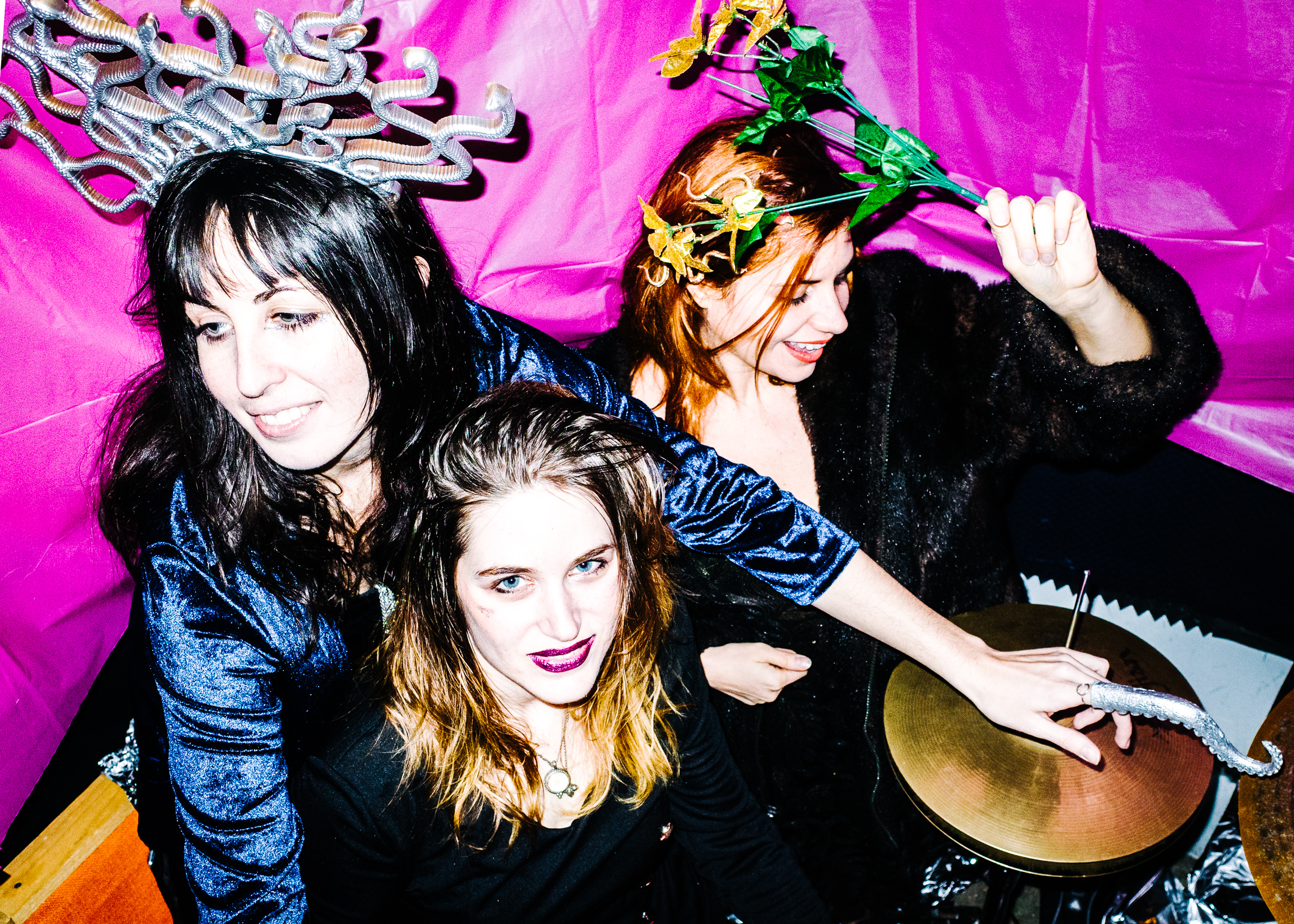 [as seen on FLOOD Magazine]

Finally, some representation for all you space dominatrixes working day jobs as receptionists for gene editing labs churning out superbabies. Brooklyn trio Sharkmuffin have written a conceptual EP empathizing with this exact demographic; over the course of five tracks, the garage-centric trio dabbles in shoegaze, glam, and a breakneck fusion of grunge and riot grrrl on Gamma Gardening to spin a totally unique narrative.

We’re getting the first taste of the EP today with the dissonant, arena-filling ballad “Serpentina,” the three minute sci-fi epic which initiated the project that was inspired by, uh, an oil change.

“I wrote the bass line and lyrics to this song when I had to get the serpentine belt replaced in my 1995 Dodge Caravan,” vocalist/guitarist Tarra Thiessen explains. “I got an oil change and the dude there told me the belt looked like it was about to snap and if it did, then I would lose control of the whole car and die. So after I bought a new serpentine belt at AutoZone, I for some reason started to personify my minivan as a sexy dominatrix named Serpentina that could kill me with her belt. To take control of this weird paranoid thought, I changed the story so that Serpentina kills herself with the belt.”

There you have it. Gamma Gardening is out April 5 on Exploding in Sound. Catch Sharkmuffin at SXSW and beyond.