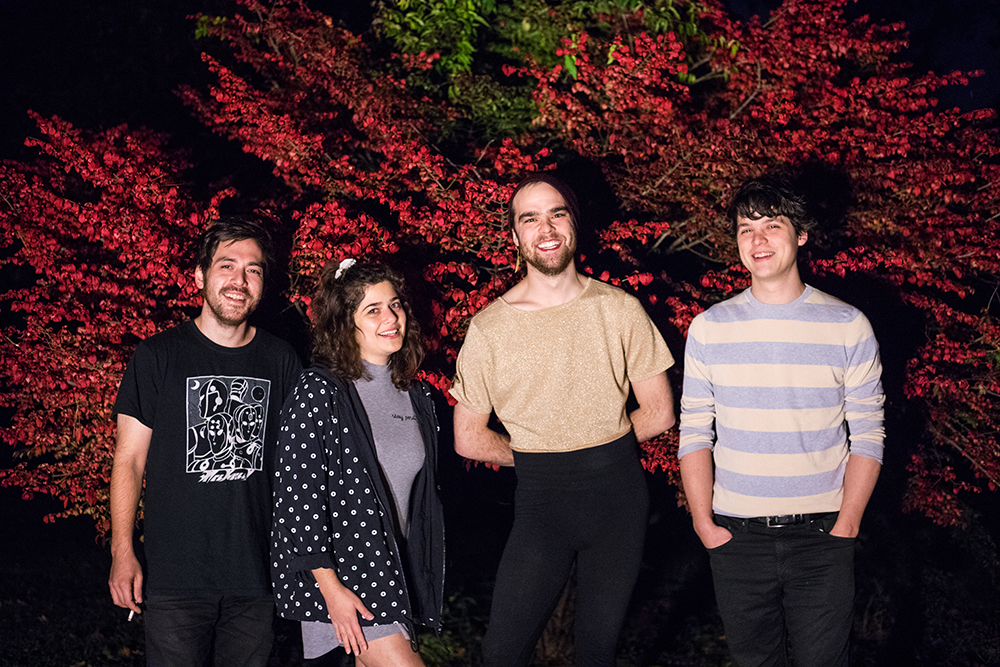 [as seen on GoldFlakePaint]

‘Whining‘, the new track from Missouri-based four-piece Shady Bug, arrives seven-minutes into the band’s forthcoming new record, third in-line behind the record’s opening two tracks. By its arrival, chances are you’ll already be buried in their world, with both of Whining’s predecessors acting to plant the band’s flag firmly in the ground, both tracks busting out of the blocks in a heady swirl of guitar-led frenzy and a tumultuous voice.

Both there, and here, Whining is something of an outlier, the whole thing idly simmering along at its own pace (at least initially), mirroring some listless day spent in a place you’re all too familiar with. Then comes the click, a powerful heave of gnarly, feedback-soaked guitar noise and feverish drumming that rips the rug right out from under you. An exhilarating about-turn, it’s a moment that makes good on the record’s accompanying bio which states that Shady Bug are band who don’t just “utilize contrast” but truly “revel in it”.

That contrast, whether performed at microscopic level, from languid word to languid word, or on a wider, three-and-a-half minute scale, is indeed key to what makes the band’s forthcoming record such a nervy but utterly engaging document of getting lost in a city, lost in a life, that you just can’t muster the energy to peel yourself away from. The full Lemon Lime LP is released on March 8th via Exploding In Sound – and you can check out the brand new track below right now.