PILE SHARE "MY EMPLOYER (ALTERNATE VERSION)" AHEAD OF TOUR DATES

PHILARY STREAMS "I COMPLAIN" LP IN FULL WITH ALLMUSIC 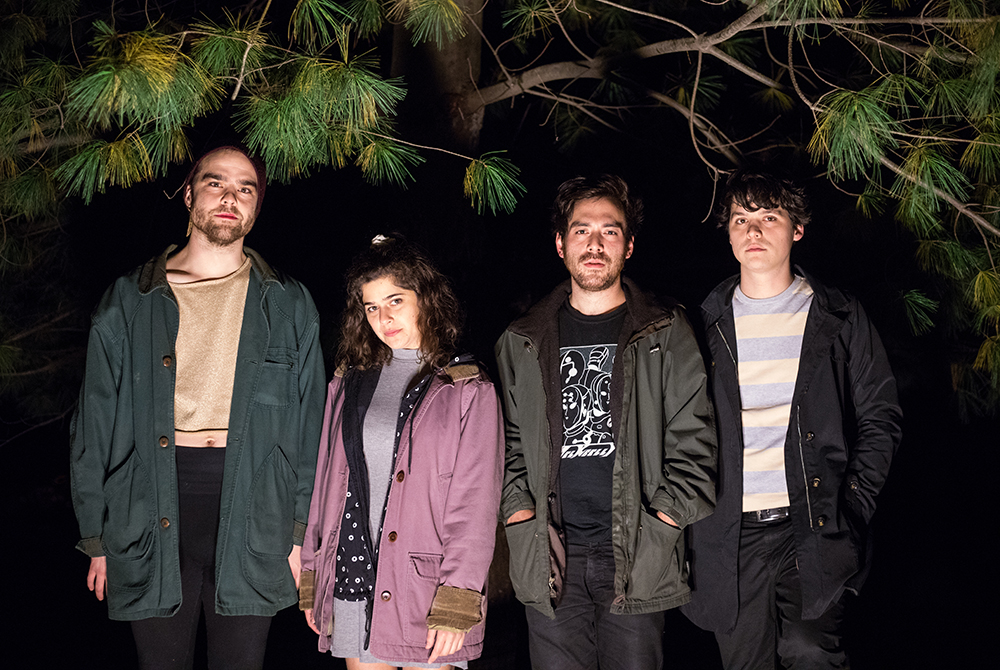 [as seen on Flood Magazine]

Shady Bug are among the freshman crop of ’90s alt-rock nostalgists joining the Exploding in Sound roster, and based on the warm, guitar-driven anthems comprising 2017’s tbh idk, the St. Louis quartet should feel right at home. Today the band are announcing their EIS debut, Lemon Lime, to be released March 8 on the Brooklyn-based label. As a first taste of the record, “Make It Up” is quite an earful.

A four-minute conversation between Hannah Rainey and Tom Krenning’s soothing-then-domineering guitars, “Make It Up” mirrors the noise-pop revivalism of labelmates Pile and Ovlov with an underlying urgency that’s all their own. As a classically trained guitarist (and exemplary vocalist) Rainey steers the single with a meticulous attention to detail on par with her backing band’s bookending capacity to raze your speakers.

“‘Make It Up’ was the first song we wrote after our self-released album, tbh idk, Rainey explains. “I think we were trying to drive away from our simplistic style by adding dynamics and arranging form. The lyrics are cute and fun but also personal. I wrote this song about hanging out with a crush, going to a show and drinking Sprite (‘sipping on lemon lime’) from the same cup. But in the chorus I sing about making up confidence in order to hide my insecurities about myself, and also anxiety caused by the trees blooming early and dying in my neighborhood because of global warming.”

Lemon Lime is out March 8 on Exploding in Sound. If you’re in the Midwest, catch the band on the dates below, and at SXSW in March.