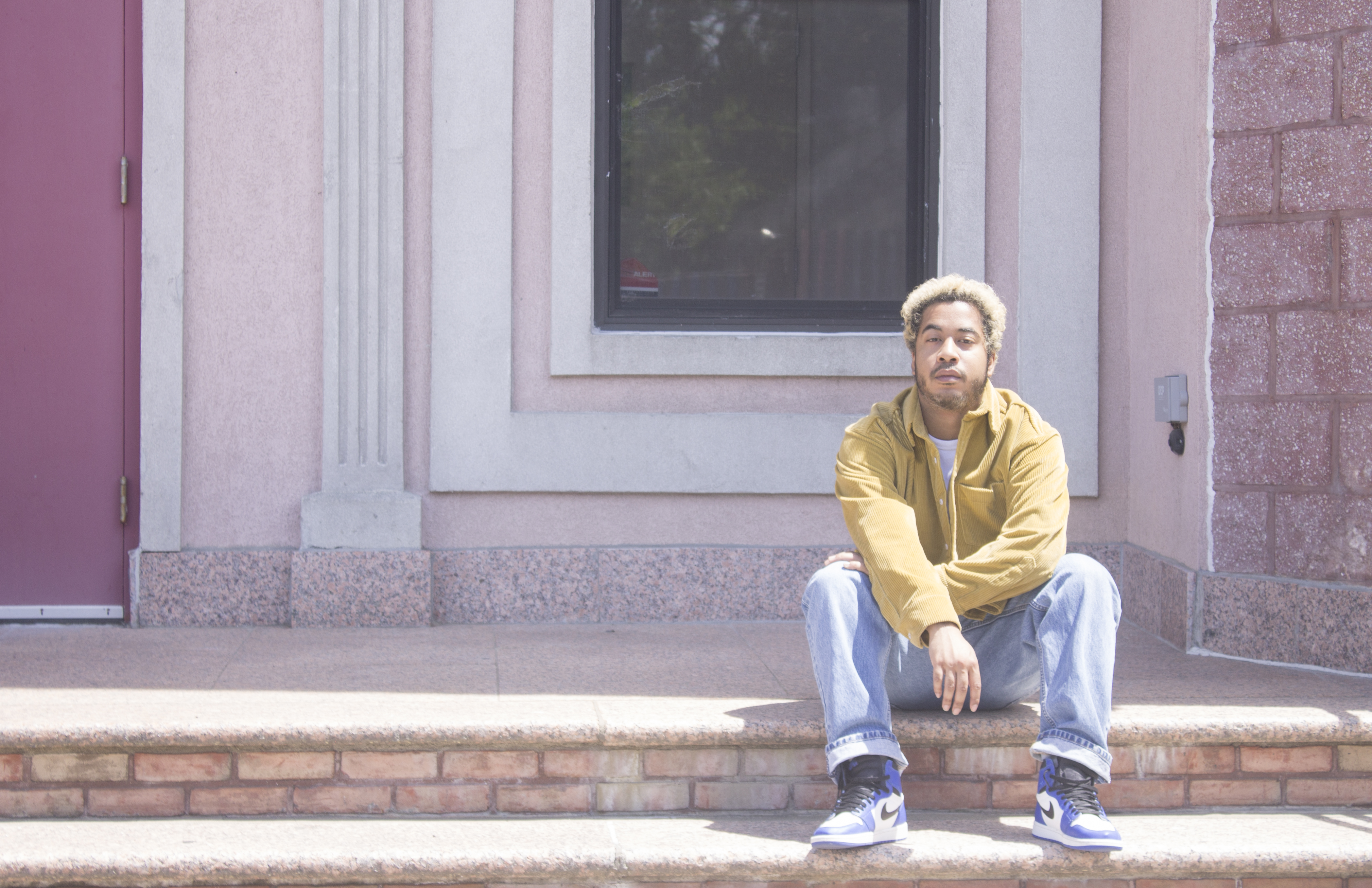 [as seen on Brooklyn Vegan]

As mentioned, former Speedy Ortiz/Grass Is Green guitarist Devin McKnight is releasing his debut album as Maneka, Devin, on July 26 via Exploding In Sound (pre-order), and one of the songs features guest vocals from Speedy Ortiz singer Sadie Dupuis. We’re premiering that one, which is called “My Queen,” in this post. Previous single “Never Nowhere” was the kind of mathy indie rock that both Speedy and Grass Is Green were known for making, but “My Queen” is a ripping dose of mutant hardcore, and it’s cool to hear Devin (and Sadie) make music like this. The song is also inspired by aliens, ancient Egypt, and dedicated to Tom Delonge. Devin tells us:

"I was really into that show Ancient Aliens on the History Channel for awhile. It actually sucks but it’s really good to have on in the background while I write and practice music. Anyway, this one story they had was from Ancient Egypt. It was about King Tut and Queen Nefertiti. They ruled the Empire together and brought Monotheism to the people. Ancient Alien theorists contend that they were both Aliens sent down to teach the Egyptians all kinds of things and partially to worship a god that was actually just an alien instructing King Tut. The lyrics of the song are about God instructing Tut to consummate with Nefertiti because she’s special and also of alien descent. So he’s like telling him how to treat her right and like a Queen. It’s all about putting the woman on top. Nefertiti translates literally to mean “the beauty has come.” And so goes the tale of the worlds greatest black Power couple before the Obamas. Also this song is dedicated to Tom Delonge. We’re with you man."

Maneka has tour dates coming up, including a Brooklyn show the day the album comes out at Alphaville (7/26) with Bethlehem Steel, Pet Fox, and Oceanator. All dates are listed below.